Darkly visible, the Way seems as if it were there.

I had the pleasure of going with my Girls to Coffs for the first ear piercing of the 7 year old.

It followed a morning of turmoil here and dispute.It remains my solid hope that I am out of here in 2 weeks or less. I refuse to live amongst the insanity of active addiction.

I do not know what the next thing will be but I am no longer playing this game here.

So off we went to Coffs and we had a great day.

I was very much aware of my increased strength and endurance and clear thinking. I am also aware of a personal dignity returning and the AA saying :

WE CRAWL BEFORE NOONE.

It was actually a very busy day with quite a few issues in it. And now its night and I am OK.

How one treats the innocent, the simple, and the helpless reveals one’s character and moral aptitude. The historical hermit, deliberately shunning that which the world values most, becomes by default ignorant, innocent, simple, and helpless.

But the hermit is strong, persistent, conscious, and willful by worldly standards — more willful because of the status of calling, personality, and the vicissitudes of eremitism contrasting to the world.

EYES ON THE FUTUREInnovation and forward-thinking may be Hawaii’s two biggest exports in 2017. Earlier this month, the state earned the distinction of being the first in the U.S. to formally accept the provisions of the Paris Climate Agreement after President Donald Trump decided to withdraw the nation from it, and now, Hawaii is taking the lead in embracing yet another innovative idea: universal basic income (UBI).Today, Hawaii state representative Chris Lee wrote a Reddit post about House Concurrent Resolution 89, a bill he says he introduced in order to “start a conversation about our future.” According to Lee, “After much work and with the help of a few key colleagues, it passed both houses of the State Legislature unanimously.”

Source: Hawaii Becomes the First State to Pass a Bill in Support of Universal Basic Income 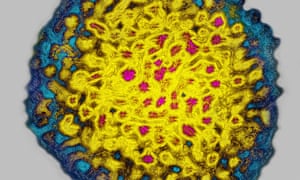 Drugs that have been hailed as a cure for a debilitating and sometimes fatal liver disease – but have threatened to break the health budgets of most countries because of their cost – have not been proven to have any effect, according to a new review.The startling conclusion came from the respected and independent Cochrane Collaboration, which has assessed all the drug company trials of the breakthrough hepatitis C treatments.Hepatitis C is a viral infection that causes chronic liver disease and can lead to death from cirrhosis and cancer. Previous treatments were not very effective and had side effects that many patients could not tolerate.

1. BRING BACK THE ELDERHOOD 2. HE DIDN'T DIE FROM WHAT THEY SAID.

TIME FOR the SILVERBIRD 3

TIME FOR THE SILVERBIRD 4

LAST NIGHT IN THE SHACK

SILVERBIRD5: TAKE A LOOK AT THE EARLIER SILVERBIRDS: The SilverBird5

LOOKS LIKE WE HAVE RUN OUT OF ROOM . FAREWELL FROM SILVERBIRD 5.

BACK THEN AND RAMBLING

“The train is a small world moving through a larger world.” ― Elisha Cooper, Train

“As I stood on the lonely backroad, I’m sure I heard birds, kookaburras, laughing …” ― Steven Herrick

There were happy days, with watermelon, and sad days of whiskey.”

Nanny Ogg appreciated fine wine in her very own way. It would never have occurred to Casanunda that anyone would top up white wine with port merely because she’d reached the end of the bottle.

There’s a lot of Seacoast Recovery going on

Learning to stumble through life without the comfort of booze.

A sweary alcohol recovery blog written by a Yorkshireman

Process Not An Event

A woman's quest for one year of sobriety

A mom, wife and professional's journey on recovering from addiction

I used to drink and now I don't

Watching life as it passed by

LIGHT ON THE THRESHOLD

My life and other sordid tales

Rowing from Home to Home